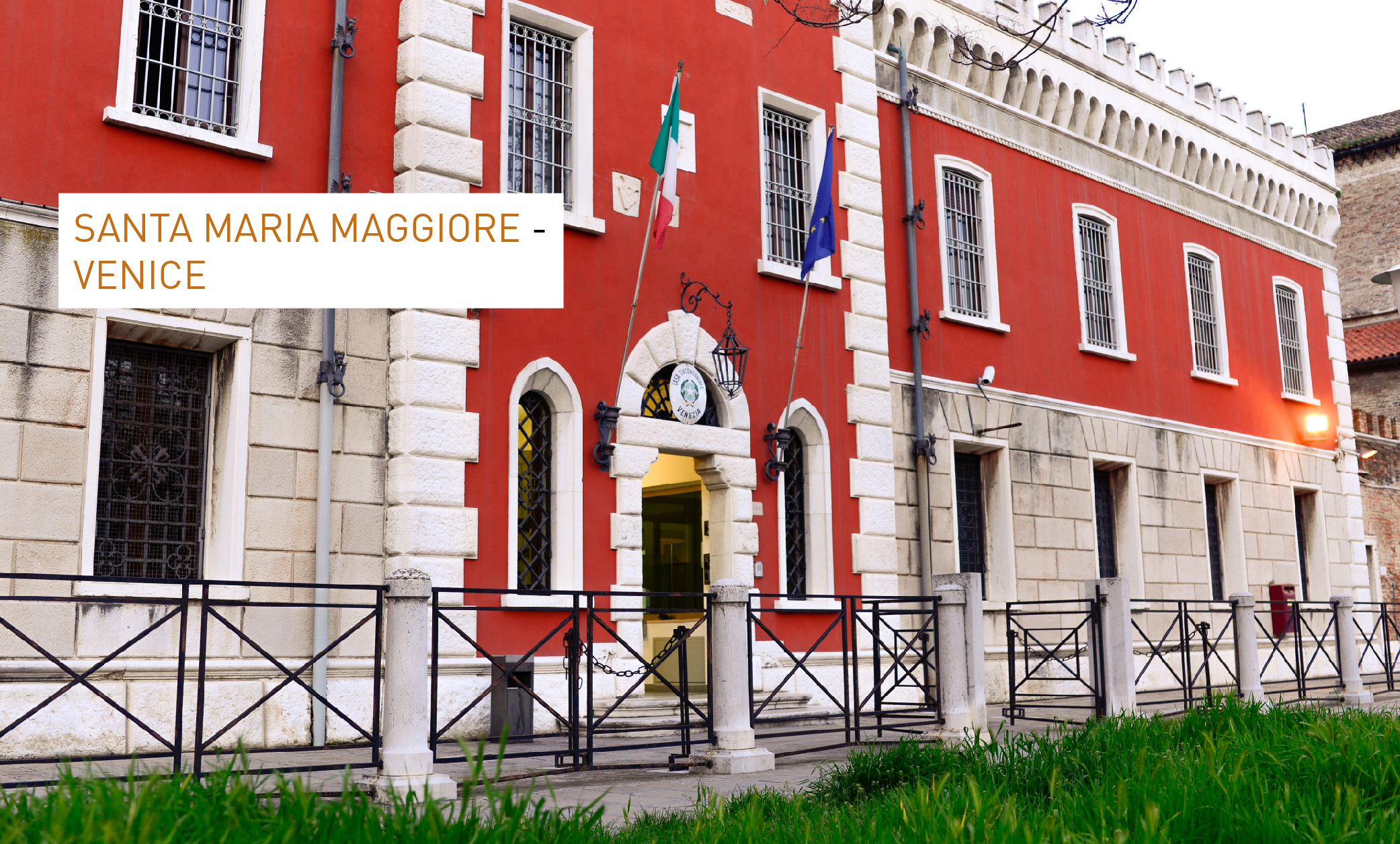 Prison necessarily separates prisoners from full communication with the outside world. Narang restores some of the non-verbal part of this communication. Using a smartphone app, a prisoner’s family or friends can choose between nine simple messages of affection or support to send him. Strangers, walking past the prison, can also send a message of encouragement to a random cell and its prisoners.

Each cell in this Venetian low security prison contains several prisoners, and each prisoner has an interactive “orange”, connected wirelessly to the Narang system. When a prisoner receives a message, from friend or stranger, not only his orange but all his cellmates’ oranges glow with a particular sequence of moving light which suggests the message’s meaning. This sharing reflects the inevitable closeness of life in a crowded cell. The behaviour of each orange can to some extent be controlled by gestures.

This project investigates non-verbal, asymmetric communication. Narang aims to transform a cell into somewhere in which a prisoner can feel comfortable, and to create a sort of positive solidarity with his cell mates. An overcrowded and stuffy space becomes a familiar and collaborative place.

The target of our project is the prisoner, the person who lives in the cell, an anonymous space. We aimed to change the perception of that space from the prisoner’s viewpoint in order to make it more comfortable. Messages are sent to the prisoners by “anonymous” and “known” users. Anonymous users are those walking near the jail who see signs inviting them to use the Narang service. The known users are people related to a particular prisoner, like family members or close friends.

To discourage anti-social behaviour among a cell’s occupants, we decided to design something that suggests, that might breach some emotional blocks between prisoners but at the same time create a sort of intimacy in a place that represents the opposite. We decided on the metaphor of an orange, something related to Italian prisons because in the past prisoners didn’t have a balanced diet so relatives used to give them oranges, full of vitamin C. We investigated many possible structures for our object, researching possible materials and connections, calculating the position of all the inner components, and designing it as much as possible to resemble a real orange.

Inside our plastic balls, which we first customised, we put the orange’s “skeleton”, of white PVC to diffuse as much as possible the light of the LEDs. On top of the skeleton we placed the microphone. The LEDs are in the center, in a radial pattern, while in the bottom are all the other electronic components. All the electronic components, illustrated above, are enclosed in the orange.The inputs are the microphone and tilt sensor; the outputs are the LEDs. What is important is that the main drivers, which allow its operation, come from the web application through which users send the messages. The core of our orange is the Arduino (in our case the Micro) board. But part of the operational code is shared with the server (in a Processing sketch). Communication is through a Bluetooth network. Narang’s web application allows outside users to connect with the inside of the prison. We concentrated on designing an experience easily accessible even to users not familiar with mobile software who deal with Narang for the first time. The app is coded in HTML, CSS and JavaScript and published on a web page ( http://narang.site44.com).

In the first phase of prototyping, in collaboration with Ruggero, I focused on developing the visual language of light messages, scheduling the various lighting effects. Also during this time I was involved in selecting materials and assembling electronic parts to construct the first prototypes. In the second prototyping phase, helped by Tom Hulbert, I scheduled the Processing sketch of the central hub’s task: communicating between the various inputs and outputs of our system using a Bluetooth network.