The goal of this challenge was to create a very simple expense tracking app. But there were restrictions: there are only three actions a user could do. The designer was asked to choose the actions and to design the user experience. The app should be for a native iOS or Android app.

I started this challenge with a short and quickly analysis about hypothetic competitors. Basically, I decided to split this research into two group. One was a group of Apps which doesn't sync with the user’s bank account. The user has to manually enter all transactions like deposits, expenses, and credit card debts. Many of these apps also give you the possibility to take a photo of your receipts. The scanner reads all relevant information from your receipt and creates the transaction input. The other group of Apps is intuitively organised to give the user the big picture of their finances. This group is interesting because it syncs all your accounts. In this way the apps have access to all your bank transactions, outlining budget and savings goals. There is also the possibility for the user to see their cash flow in real time, including deposits, expenses, credit card debts, and other investments. Everything is shown through a set of nice analysis elements and helped with smart-recommendation.

In this case the user is a young 28-year-old man who has 2 bank accounts, 1 from Italy where he has a debit card connected directly to his current account and a bank card. The second bank account is German with a linked debit card. He also has a Pay Pal debit card. The user would like to have the possibility to control all his accounts without having to use different apps.

The Idea is to offer a service to to Help the user, and Control his Expenses, with the possibility to Track Different Accounts in real-time, Change Point of View on the status of all expenses, and provide In-Depth information on transactions. 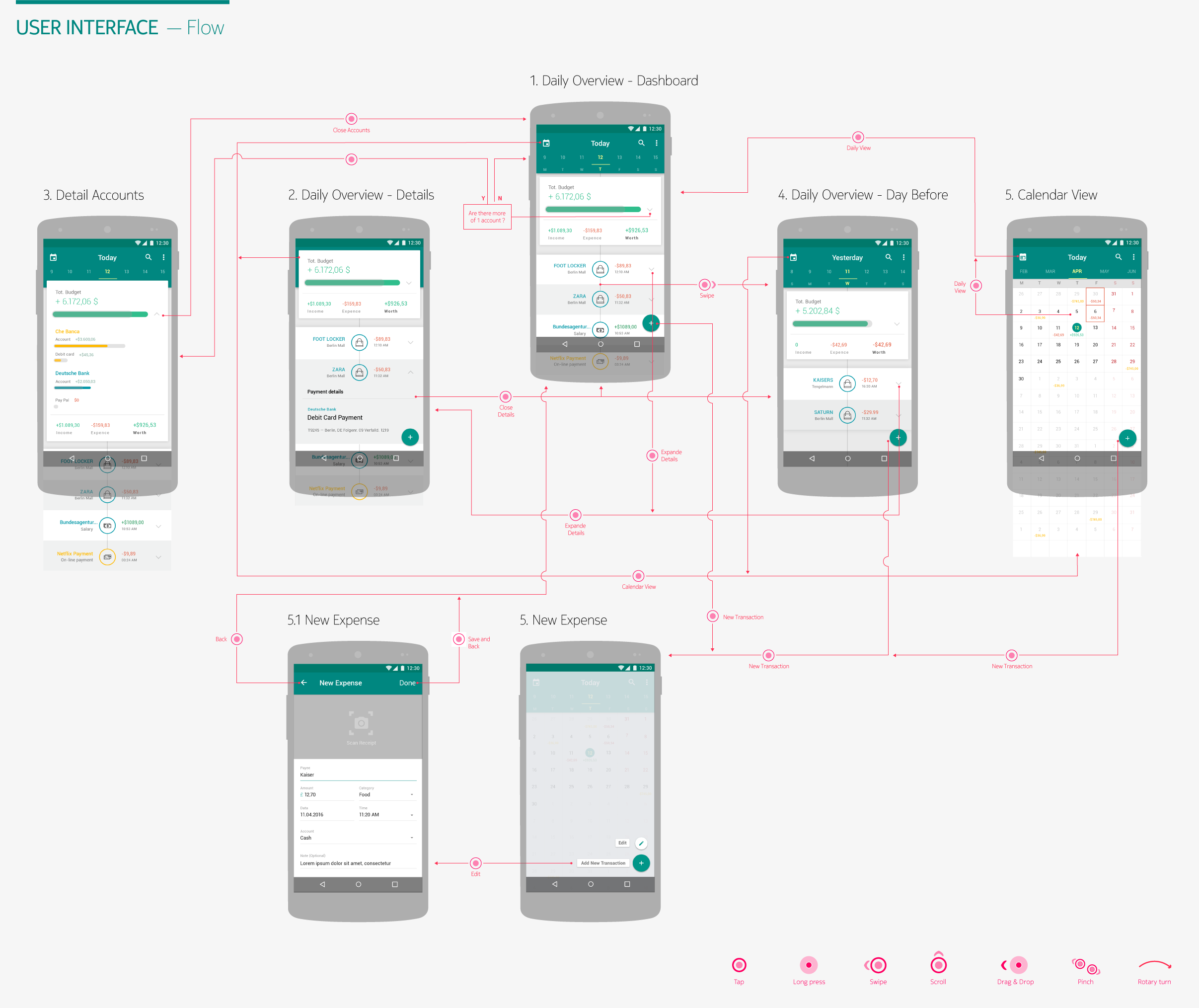 To develop the Challenge I have considered actions like: Swipe to gauge screen, click, search and manage account fro the setting, actions which there are in background of the idea.